So, time to briefly interrupt the Williamsburg chronicles to take a look back at 2013.  Overall, it was a pretty darn good year, and it was overdue.  The grandma-related low-level-PTSD-type-hell finally faded.*  When the phone rings, I think “fucking telemarketers” instead of “what the hell went wrong at the care center?”  Along with other related mental lifts, it’s a vast improvement.  (And took long enough to get here, that’s for sure.)

My house is still a total fucking disaster area, but I did the things I wanted to do this year, things I’d told myself I would do for years.  I continued with grad school, and took full advantage of winter/spring/summer/fall breaks.

In January, I cashed in all the Mariott points I’d earned going back and forth to Phoenix and my friend Allen and I went to Aruba.  I highly recommend it, especially in January.  Stay downtown! 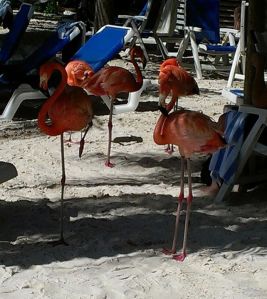 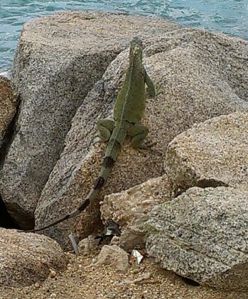 Breakfast at the Dutch Pancake House

I’d love to know where they stole the sign from

Than came spring break – and Spring Training with the Padres! 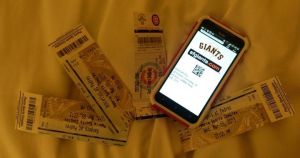 Then the Padres came and played the Baltimore Orioles in May, not long after the semester ended, so I made a mini-getaway out of it. 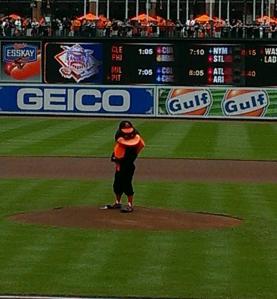 I couldn’t NOT take a picture of the Oriole bird! 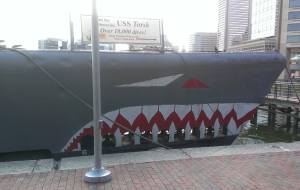 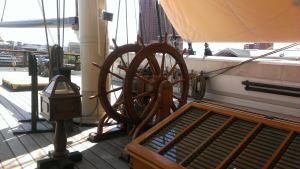 Dogs of the Navy

And of course, the Baltimore Aquarium. 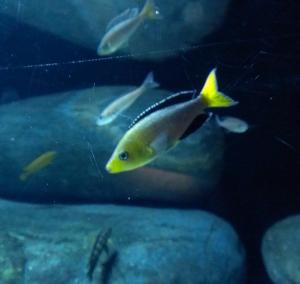 July means the beach, no matter what. 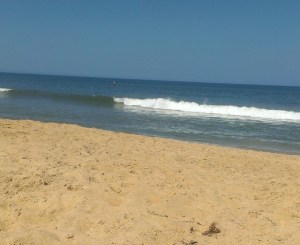 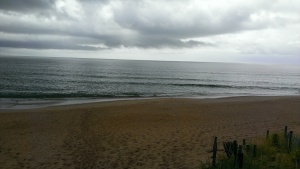 Columbus Day break, I headed down to Virginia Beach for another mini-vacation for the Sea Glass festival.  Also discovered the Virginia Museum of Modern Art – check it out if you are in the area.

The very foggy night view from my room

So, this is a thing

The to finish off the year, I hit Williamsburg for a couple days – you’ve already seen most of that.  :)

Sure, there were several instances of my beating my head into the wall writing papers, multiple trips to the vet to determine that Lily is just normally abnormal, Prozac for Carmen, lyme exposure for Moxley, and a car that is starting to show its age, but overall, 2013 was a vast, vast improvement over the 5 years prior to it.  I doubt that 2014 will be the travel whirlwind that this year was, but I found so much recharging energy in the little trips that I took, I’m already planning on another 3 or 4 days in Williamsburg in May.

I hope you can look back on your own 2013 and see all kinds of good things.

*The backstory: My grandmother started showing obvious signs of dementia in 2008, lived 2,000 miles away, and I was the emergency contact/PoA/MPoA/supposed “adult” in the situation.  It was hell.  In 2010, she was finally admitted to a care center, which helped but brought its own new set of stressors.  She passed away in April of 2012 in her sleep, finally releasing her from her own worst nightmare come to life.  It’s taken a while to feel “normal” again.